Homepluz triple shower bottle holder on wall are designed for 500ml amenity bottle. Triple holder is designed to install in the shower room, it can hold shower gel, shampoo, conditioner, or body lotion, etc. And customer use their bottles, or like to find holder for their own brand amenity bottles, this wall fixture design can be easily adjusted to fit different size and height pump bottles. An ideal selection for hotels using brand amenity products in the guest rooms.

The triple amenity bottle wall holder is designed with tamper proof feature; the wire press on top of the bottles, the fold up on both left and right side and front can keep the bottles on the holder and cannot be removed by guests. And as long as to loosen the nuts between the bottles, the wire can be lifted up and remove the bottle easily to refill or replace. This design is very easy and quick to operate by housekeeper. 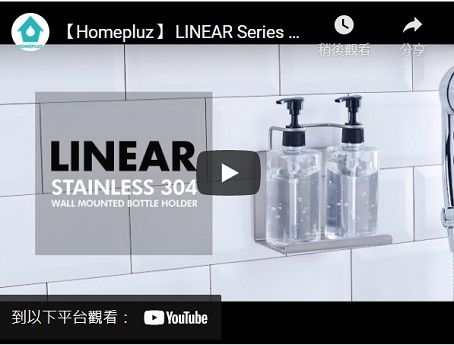 There are more and more hotels choose to use eco-friendly options for their toiletries, they...

Homepluz triple shampoo bottle holder is designed for shower room use with draining hole on the bottom... 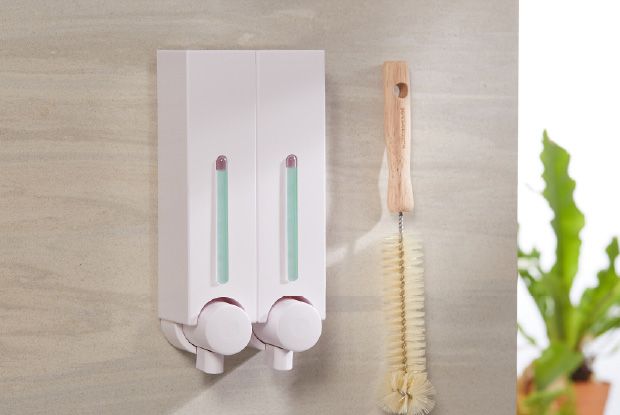 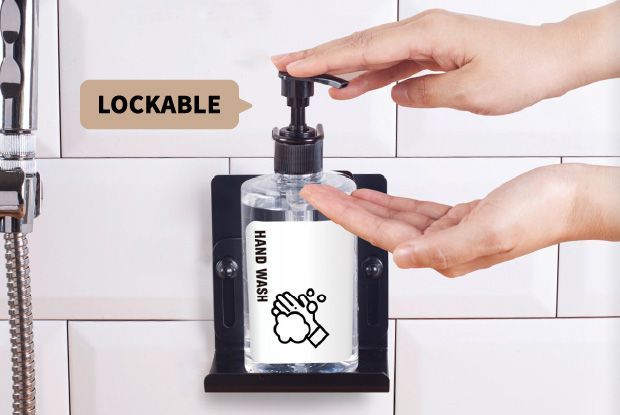 Simple and stylish soap and shampoo dispenser package design provides well protection for the product inside and clear product image outside the box. Each set comes with instruction manual and installation kit including screws, anchors, adhesive tapes and silicone.

HOMEPLUZ has been offering customers high-quality hotel and bathroom soap dispensers, both with advanced technology and 35 years of experience, HOMEPLUZ ensures each customer's demands are met.